Couple Years Worth of Trash

This is a couple of year's worth of trash and recyclables. In the Code of Ethics there is a statement that "I will remove and dispose of any and all trash and litter that I find." The majority of detectorists out there will pack out the trash they uncover. Disposing it in the trash and recycling barrels available in near the area we hunt. Sometimes they aren't available so into the car it goes and we take it home to dump. Much of this trash came out of urban locations.

Below are pictures of one detectorist's efforts over a couple of years. In the pictures you see the trash as it came home. In the trash you can find beer cans, glasses, chunks of metal, glass, bottles, hypodermic needles, machine and car parts, an axe and other tools. This is junk that was buried and surface finds. This stuff was found in parks, woods, on permission locations, private property and many other locations.

The blue barrels and boxes shown are recyclables. The stuff on the blue tarp is trash and debris sent to the trash dumps. 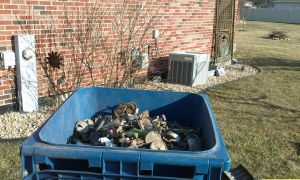 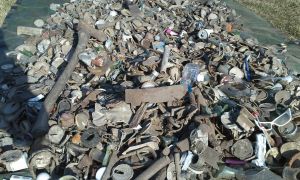 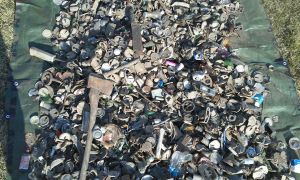 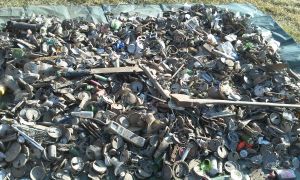 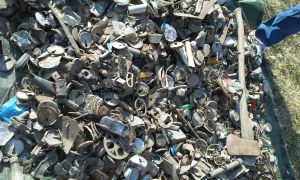 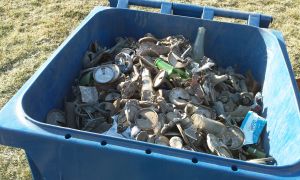 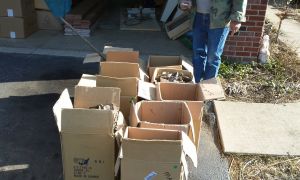 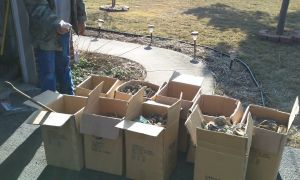